All posts tagged with concert 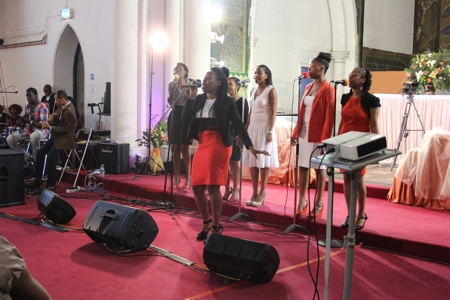 As the evening dawned on Sabbath 7th June, Clapton Community Seventh-Day Adventist Church opened its doors for its well-anticipated 'Restoration Concert' in aid of the St Paul's Building Fund Project. Having a mission to restore its building back to its original state so it can serve their community better and bring more lives to Christ, Clapton showed just a glimpse of the greatness that Heaven will be.

Artists from across London such as Devotion, The Company, Ministerz of Praise, Chiswick Choir and Sabrina Ramikie, all brought the house down as they ministered to well over 300 people. Each artist brought a new level of praise to the table, leaving Israel .J. Allen to end the evening giving the biggest, most powerful and soul-inspiring performance. From Clapton's Praise Team to the Audio Visual Team, from the Chefs to the Ushers, everyone worked extremely hard from conception to deliverance.

Clapton's aim was not only to raise funds to restore its building but to help others restore themselves spiritually. Heaven simply rejoiced at the praises going up and the blessings all certainly came down.

Clapton raised over £3000 from the concert which goes towards a project currently in need of £70,000.

Restoration Part 2 (With Thanks) 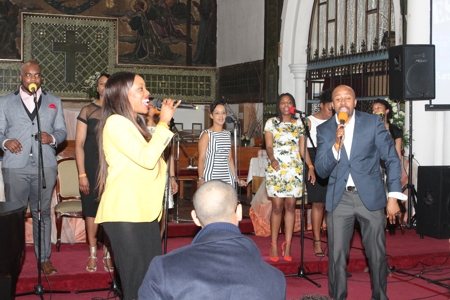 On the evening of Sabbath 28th March the doors opened at 6:30pm sharp, seats were filled, and the roof of Clapton Community Seventh-day Adventist Church was raised with the lifting up of our praises to God. On this particular evening Clapton SDA hosted their second building restoration concert, the first of which took place in June 2014. There was much singing and dancing as guests experienced and thoroughly enjoyed blessings of the evening. We were blessed with music from musicians of various genres; from Classical to Afro-beat, from soloists to groups and intrumental solos. Each musical item was a true blessing.

Clapton Community SDA Church is housed in a magnificent Grade II listed building which was erected in 1891. We purchased the property in 2006 while it was in a derelict state, and have since committed to restoring the temple of God to its former glory. This restoration work will be a timely and hugely costly enterprise, which we know by the grace of God IS achievable.

To date, significant improvements have already taken place on the building, with the next phase of the restoration project being the building of new toilet facilities. The 28th March saw the beginning of fundraising efforts towards this next phase of project. Any financial contributions towards our restoration project will be greatly appreciated. With everything we are and everything we have, we continue to engage our with community in fellowship while sharing the gospel of Christ.